JavaJog makes its European debut with a 5K Fun Run in conjunction with the annual conference of the Specialty Coffee Association of Europe (SCAE)!

Runners and walkers will gather at the Fountain at the Piazzale John F Kennedy (in front of the Hotel Best Western La Gradisca) for a 5K course through several parks toward Lake Mariotti.  For the informal run/walk, participants are asked to make a voluntary donation of 20 Euros which will go to the fund for coffee women in the Democratic Republic of Congo.  Rimini JavaJoggers will be recognized as Founders of the European run at future SCAE conferences. 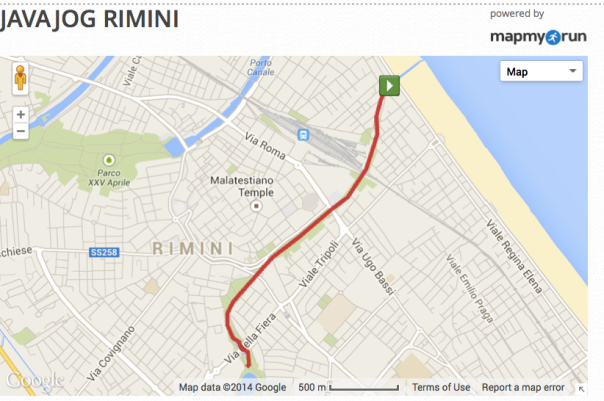 JavaJog’s first run was at the 2013 SCAA conference in Boston, where 15 Founders including SCAE’s Drewry Pearson braved biting winds to raise awareness and funds for coffee women in the Eastern DRC.  The first race raised more than $7500 which was awarded to the women’s committee of the Sopacdi farmers cooperative.

The second JavaJog race April 25th in Seattle brought together more than 175 runners and walkers and raised more than $35,000 which will  be awarded to organizations working in coffee producing communities in the Eastern DRC.